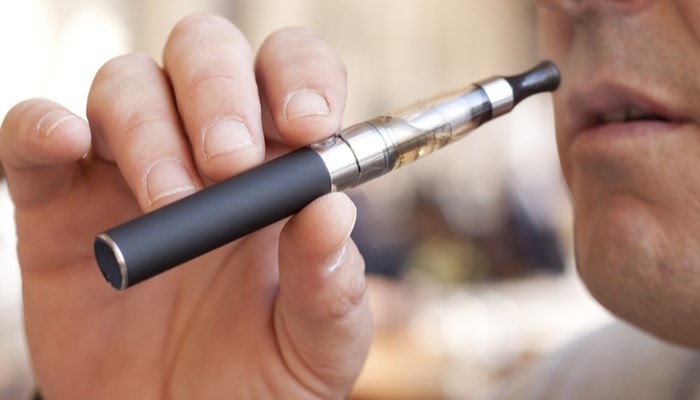 Electronic cigarettes, e-cigs, or vaporizers have been marketed as a healthier alternative to cigarettes since the early 2000s (when they debuted on the market). These devices are battery-powered and work by heating a mixture of liquid (glycerol or glycol), flavoring, and nicotine into a vapor that users inhale. E-cigarettes deliver a dose of nicotine but don’t involve smoking and burning of tobacco. However, recent research shows that these devices bring new risks due to the chemicals in the liquid. What does science say, and what are the systemic effects brought by e-cigarettes?

Irritation of Respiratory Tract and Eyes

According to the American Cancer Society, formaldehyde can irritate the nose, throat, and eyes. The chemical was found in some e-cigarettes. The nicotine found in e-liquid can occasionally cause vomiting, dizziness, and nausea (especially for new users). The e-cigarettes that are sold in today’s marketplace still haven’t been systematically reviewed by the FDA to determine their true impact on lung health.

Effects on the Heart

E-cigarettes contain nicotine, meaning that they can lead to the same nicotine-related heart diseases as regular cigarettes. Nicotine is a stimulant that increases heart rate and blood pressure. According to the American Stroke Association, e-cigarette users have a 40% higher risk of heart disease, 59% higher risk of angina or heart attack, and 71% higher risk of stroke (compared to non-users). Want to decrease these heart disease risks and avoid chest pain? The best way to do that is by not smoking.

According to a federal survey, 1 in 4 (27.5%) high school students have used an e-cigarette in the past month. Despite efforts to control the epidemic, teen vaping rates continue to surge. Children and teens who start vaping and become addicted to nicotine may face long-term brain development problems.

When a smoker gets his or her hit of nicotine, the brain releases dopamine. It’s a chemical that makes us feel good and is released as a reward for an action. When the brain gets trained to release it each time we smoke, it quickly turns into an addiction. Nicotine can quickly lead to dependence and change your brain chemistry.

E-cigarettes can have a wide range of adverse effects on your gums and teeth. Some of these effects include:

Even though using e-cigarettes doesn’t come with DDT, tar, and ammonia (cancer-causing chemicals found in tobacco cigarettes), they can contain other carcinogens, such as formaldehyde. Formaldehyde is released when glycerol or propylene glycol are heated in the presence of oxygen, which happens during vaping.

Electronic cigarettes shouldn’t be perceived as the lesser evil for cigarette smokers. There is still much about these devices that we don’t know, but the cases of serious lung disease among those who vape raise some important questions about the safety of e-cigarettes. It took us many years to find out how much damage tobacco cigarettes cause, and we might be on a similar path with e-cigarettes.