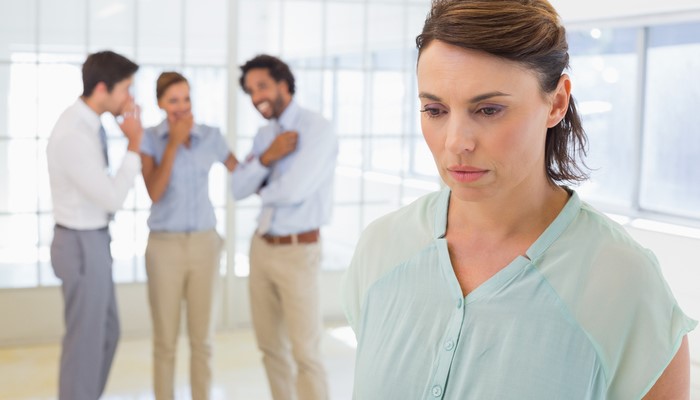 Bullies in the Workplace

Bullying is an issue not only found in schoolyards; it can be a workplace problem as well. However, many studies have proven that there’s a fine line between bullying and strong management. It may be difficult sometimes to know if bullying is actually happening. Typically, bullying is seen as verbal comments or acts that could isolate or mentally hurt a person in the workplace (but it may also involve negative physical contact). These repeated patterns of behavior or incidents are intended to humiliate, degrade, offend, or intimidate a person or group of people.

In the U.S., about 60 million people have experienced workplace bullying.

Who Do Workplace Bullies Target?

According to a WBI survey, bosses make up the majority of workplace bullies. Others may include managers, peers, and lower-level employees. Bullying can take different forms and come from any direction.

1. Those who withhold resources and manipulate

Some bullies withhold resources (time, information, or instructions) and manipulate their targets, setting them up to fail. They might tell you only about 3 steps of a process that involves 5 steps. They might “forget” to pass important details or invite you to a pertinent call. Anything to prevent you from doing your best.

2. Those who communicate aggressively

These bullies curse, yell, and are often angry. They tend to make public scenes and instill defeat in all their co-workers (not just their targets), who might be afraid to speak up against them. Aggressive communication involves everything from aggressive body language to sending angry emails.

3. Foes pretending to be your friends

If criticism is the only thing you’re getting from your boss or peer, you’re being bullied. Especially when the criticism is not constructive, and it is sent out to undermine you and decrease your productivity. These people want to humiliate you by constantly pointing out your mistakes.

There are many ways one can deal with bullies, and things should be done because they won’t go away by themselves.

To deal with a bully, you shouldn’t tolerate their behavior. Set your limits on what you’ll tolerate from them and exercise your right to tell them to stop. Tell them how their behavior is affecting your work, and that you won’t continue to put up with it. You can also try to confront them with their own behavior (for example, next time they curse, call out, get up and leave the room, or end a call). Document their behavior (details, dates, and times) and notice if a peer witnessed the situation. Provide documentation to HR so they can work on your behalf because the bully is sabotaging the entire business (not just hurting your feelings) with his behavior.