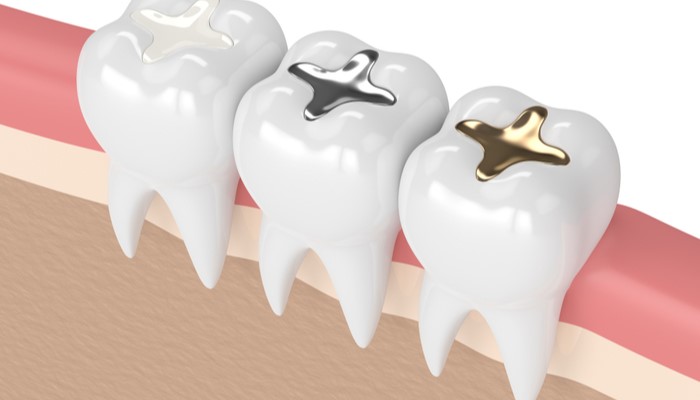 Should You Avoid Amalgam for New Fillings?

Many people can attest to the feeling of dread that overcomes them when they need to get their teeth fixed. After all, nobody wants to hear that their cavities need to be filled again. Thoughts of silver fillings can bring back unpleasant memories. However, due to technological advancements in dentistry, patients now have more options when it comes to repairing their teeth and getting fillings. Amalgam fillings used to be the go-to technique for fillings, while nowadays, most dentists use a composite resin alternative.

How do you decide which one of these is best for you? That entirely depends on your needs and wants. Both of these fillings have their pros and cons, and knowing what they are will allow people to make an educated decision on which filling is right for them. Here are some aspects to consider when choosing between amalgam fillings and composite fillings.

If your appearance is important for you, then amalgam fillings are not the right filling for you. Amalgam fillings do not have the appearance of a regular tooth. They will leave your teeth with a dark grey color, making them less visually appealing. Composite fillings, on the other hand, can blend with your teeth and look completely natural. If a picture-perfect smile is high on your list of priorities, then composite fillers might be the right choice for you.

Appearances are not the only factor to consider. Longevity must also be taken into account when choosing a filling, and it is easy to say that amalgam is the better choice here. Numerous studies have shown that amalgam fillings last longer than their alternative. If you hate going to the dentist and are looking for a solution that will delay the process as long as possible, then amalgam might be the choice for you.

Fillings are used to fill in the cavities in teeth. Since they are in direct contact with the teeth, it is essential to look at which mixture works best when it comes to compatibility. Amalgam can leak over time, giving teeth that grey and metallic color that many of us have seen. Apart from that, it can contract and expand over time, causing damage to the tooth itself.

On the other hand, composite fillings are more stable and do not expand or contract as much as the metal alloy and elemental mercury mix of amalgam. Due to composite filler’s stability, they are more likely to bond to the structure of the tooth and not damage teeth.

Silver fillings have been used by dentists for more than a century, and it is no surprise why. They are pretty cheap compared to composite resin. If you are on a tight budget and want to get your cavities filled for less, then amalgam is the right choice.

One of the main controversies with amalgam fillings is that they contain elemental mercury. This is an element that can be toxic to the body, and many believe that fillings, over time, release the toxic element into the body. However, numerous studies carried out by the American Dentist Association have shown that this is not the case. No study supports the thesis that silver fillings are toxic to the body. The FDA has even released some information about this. If that is a concern to you, then it might be best to go for composite fillings to avoid the possibility of experiencing the harmful effects of mercury.