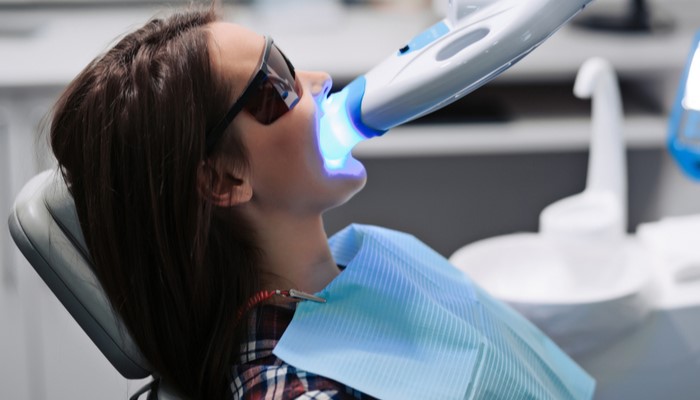 Using Lasers in the Dental Industry

In dentistry, the laser is not something new. In fact, it has been in use since the early 1990s. However, although it’s already been some time since it has been introduced to the dental industry, it’s still a controversial subject, especially when it comes to its safety and how effective it is.

What Can Dentists Treat Using Lasers?

Dentists use lasers to treat:

How Do Lasers Work in Dentistry?

All lasers work the same – by delivering energy in the form of light. When used for dental treatments, the laser serves as a vaporizer or a cutting instrument of the tissue. When used in teeth whitening, the laser works as a heat source and boosts the effect of bleaching agents. Now, let’s look at some of the benefits and possible risks of lasers in the dental industry.

What Are the Pros and Cons of Using a Laser in Dentistry?

The risks of laser for dental procedures are still not completely familiar since there hasn’t been enough evidence, or the results are vague. Like any laser treatment, there’s the probability of thermal damage to the tissues. There’s also the risk of bleeding, but relatively lower since laser helps blood coagulation.